Located near Hwahongmun Gate, one the Eight Sights of Suwon, Yeonpo Galbi is the perfect place to stop by for a rest and to eat some authentic Suwon galbi (ribs) while touring the area. With rustic logs on the exterior and a bright, clean interior, the restaurant seeks to capture the local spirit of the neighborhood and aesthetically complement the nearby Hwahongmun Gate. As far as for the food, each dish is designated to be prepared by a specific assistant cook for a consistent taste. 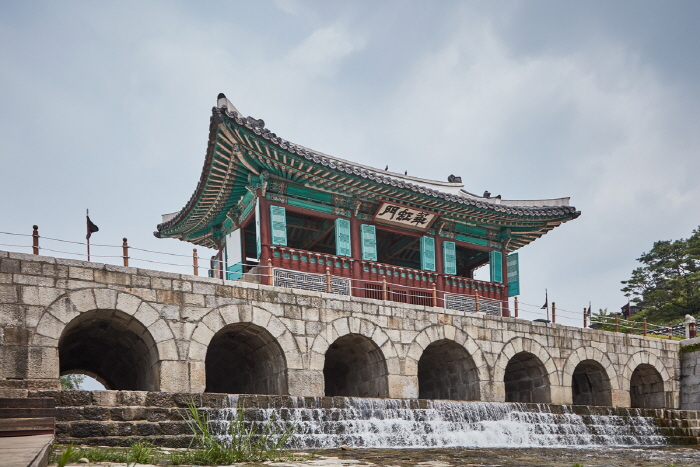 Hwahongmun Gate refers to the northern gate of Hwaseong Fortress among the two main gates installed to control the flow of Suwoncheon Stream that cuts through the fortress. Hwahongmun Gate consists of seven arched watergates, each watergate constructed in a varying size. The watergate at the center is larger than others to control the water flow effectively. 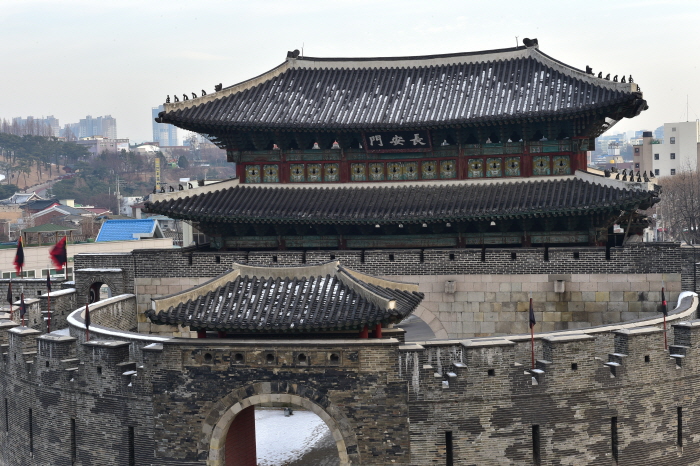 Janganmun Gate is the main gate of Hwaseong Fortress at the northern wall. Jangan means capital, implying that Hwaseong Fortress is the secondary capital. Janganmun Gate served as the main gate because the king would pass from this gate when arriving from Hanyang, the capital city, now modern-day Seoul. It is interesting to note that this gate is larger than Sungryemun Gate in Seoul. 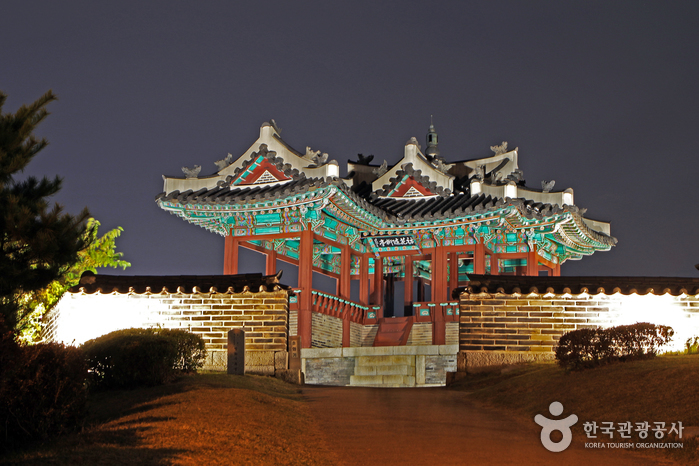 Banghwasuryujeong Pavilion, officially called Dongbukgangnu Pavilion, was built in 1794 during the construction of Suwon Hwaseong Fortress. It sits atop a hill east of Hwahongmun Gate and offers beautiful views of the surrounding scenery. For this reason, the pavilion received the nickname Banghwasuryujeong, meaning a pavilion where one can "find flowers and stroll among willow trees." The pavilion was once damaged due to flooding and reconstructed in 1848, followed by continuous recovery and preservation efforts. In 2011, the pavilion was designated as Treasure No. 1709. Banghwasuryujeong Pavilion is evaluated as one of the most original architectures in Hwaseong for its unique composition and roof design that offer a different look depending on the viewer's angle. Known to be the spot where King Jeongjo would stop by to rest on his way to Hwaseong Fortress, the pavilion offers a bird's-eye-view of Yeonmudae Post to the east and Janganmun Gate to the west with Paldalsan Mountain in the background. 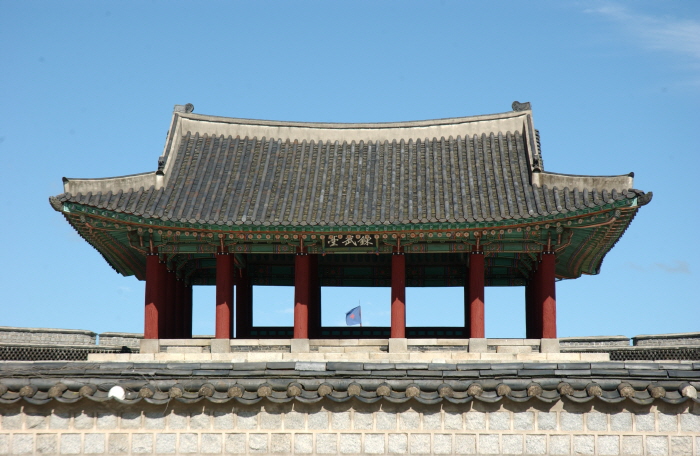 Yeonmudae Post is located inside Suwon's Hwaseong Fortress, a UNESCO World Heritage site. Situated on a relatively high hill between Changryongmun (the east gate of the fortress) and Hwahongmun (a north floodgate), Yeonmudae is an excellent military observation post with sweeping views of the inside of the fortress. After the fortress was completed in 1796, Yeonmudae was used as a training ground for troops for over two centuries, where they learned fighting skills involving swords, spears and arrows.

At Yeonmudae, visitors can learn archery while wearing traditional military attire; the fortress also offers a wide array of performances for visitors to appreciate traditional Korean culture. Yeomudae is included in the Suwon City Tour course. 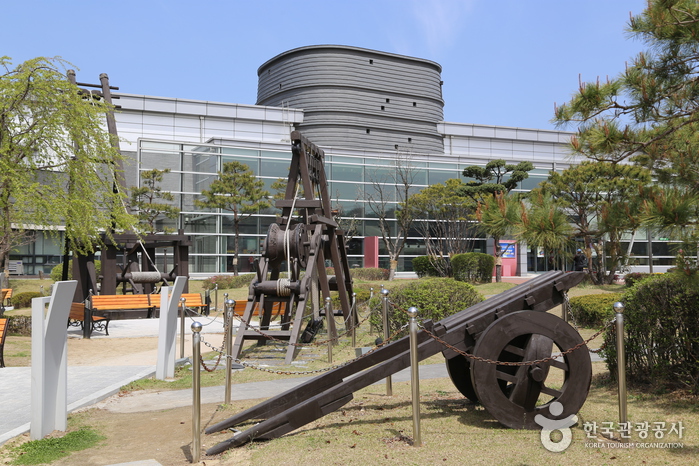 Suwon Hwaseong Museum presents the history and culture of Suwon Hwaseong Fortress, an important Korean cultural asset and UNESCO World Cultural Heritage Site. Visitors to the museum can learn about the formation of the fortress and the city of Suwon itself through detailed, systematically designed exhititions. The museum houses an extensive collection of items that showcase the construction and development of the fortress, as well as gatherings and events that took place within the fortress. 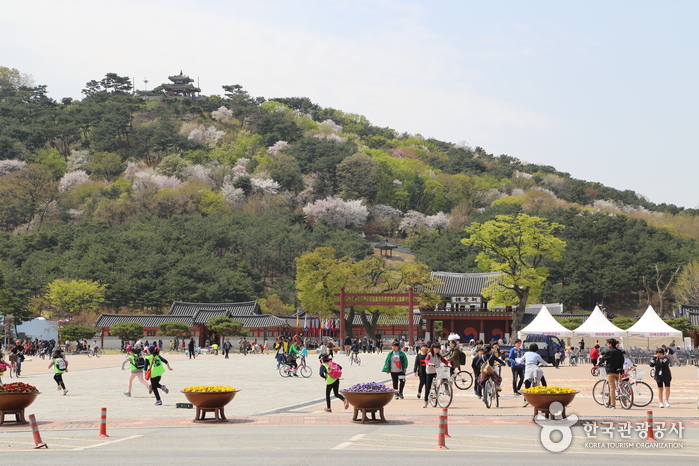 A haenggung is a temporary palace where the king and royal family retreated to during a war. Hwaseong Haenggung Palace is the largest one of these, use by the Joseon kings since the time of King Jeongjo (r. 1776-1800). In addition to being used as a shelter during war, King Jeongjo also stayed here during trips to worship at his father's tomb. The palace was the location of a splendid feast held on the 60th birthday of his mother, Hyegyeonggung Hong, and many other events, including award certificates for successful candidates of special national exams. These days, the palace serves as a venue for many traditional cultural performances and activities. 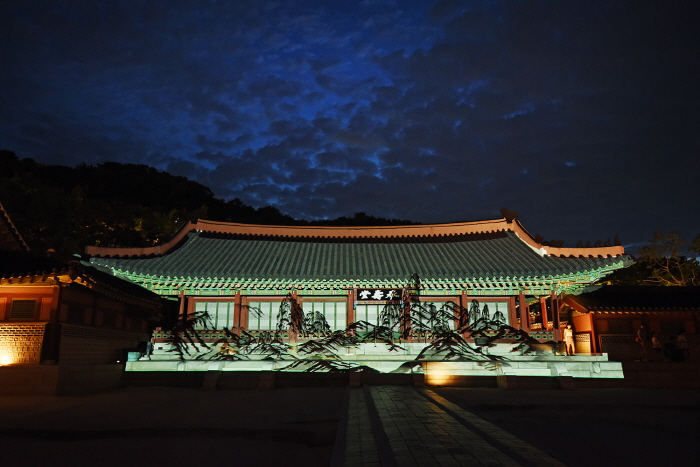 Suwon Hwaseong Fortress and Hwaseong Haenggung Palace are the venue for Suwon Culture Night. Both areas are decorated with media art of eight night experiences. Every corner of the fortress road has history and stories to offer a historical culture experience. 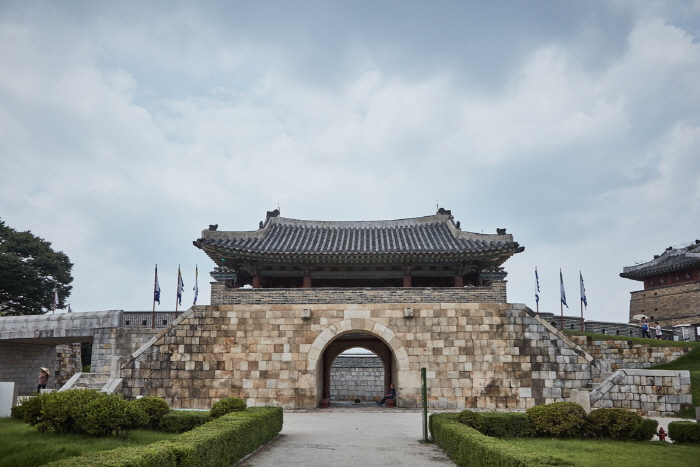 Hwaseomun Gate is the western gate of Hwaseong Fortress, Treasure No. 403. Over the stone mujigae (rainbow) door is a single-story tower gate. Hwaseomun Gate's ongseong (defensive gate) forms a crecent shape, with one side of the ongseong remaining open. 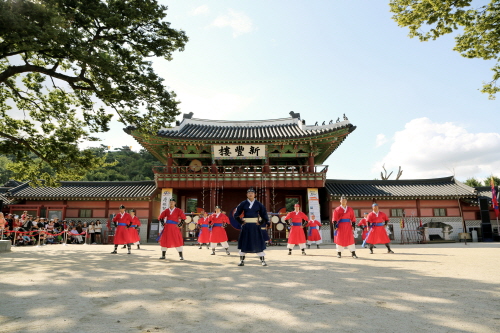 24 Martials Arts (Muye 24-gi in Korean) refers to the 24 martial art techniques in the Muyedobotongji (Comprehensive Illustrated Manual of Martial Arts). The manual was compiled in 1790 by Confucian scholars Lee Deok-mu and Park Jae-ga, along with the martial arts expert Baek Dong-su, under the orders of King Jeongjo (22nd ruler of the Joseon dynasty). Regarded as a resource for understanding the nature of Korean military science, the manual is an exemplary martial arts compilation that was organized into 24 techniques by adopting the traditional martial arts of Joseon, as well as China and Japan.

The 24 Martial Arts were practiced by the soldiers of the outer military unit of Jangyongyeong, the most elite military troop during the Joseon dynasty. Soldiers stationed at the northern and southern military camps of the Hwaseong Temporary Palace practiced these techniques to effectively guard the palace. It is considered as a significant intangible heritage because of its great historical, artistic, and athletic values. With the restoration of the temporary palace, a regular event is being held to demonstrate the 24 Martial Arts. 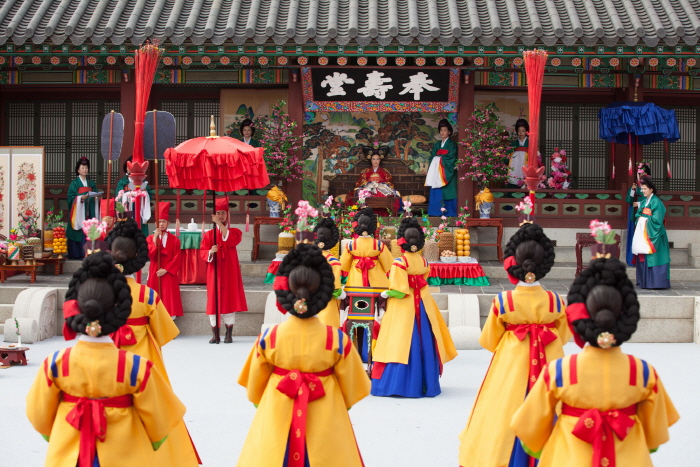 The trolley is divided into four units - one main driving unit and three passenger cars – with a maximum capacity of 44 passengers and moves at an average speed of 15km per hour. All seats have heaters installed and an earphone jack that provides an audio guide of Suwon Hwaseong Fortress in English, Chinese and Japanese.