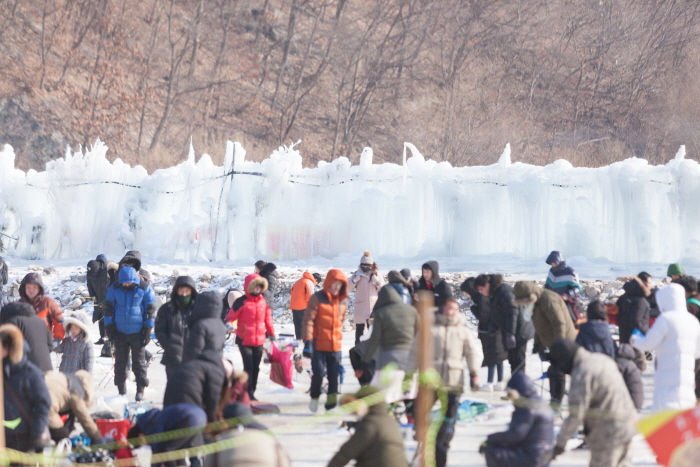 Hagindang was built by the same master builder and carpenter who took part in building the palaces. It's the oldest traditional Korean house in Jeonju Hanok Village and a city/province-designated Folklore Heritage No. 8 situated in Hyanggyo-gil. It has a tall gate in the middle of high walls on either side, behind which are a large front yard with a pond as well as trees surrounding the pond. The house behind this pond is in perfect harmony with the landscape. Right next to the tall gate are a detached building called “sarangchae” and an area designated for experiencing Korean tradition, including another detached building called “byeoldangchae” behind the main building named “Hagindang.” Bonchaedaegwan, which consists of three rooms named “Baekbeomjisil,” “Haegongjisil,” and “Injaejisil” exude elegance and grace The “sarangchae” is a stand-alone building with two rooms with an open living room called "daecheong" in between, making it a perfect place for an entire family to stay. The "byeoldangchae" has a total of three rooms, and the first one (Room No. 1) has a tea room with three windows made of thin wooden frames on three sides. Hagindang serves traditional Korean breakfast like the head family.