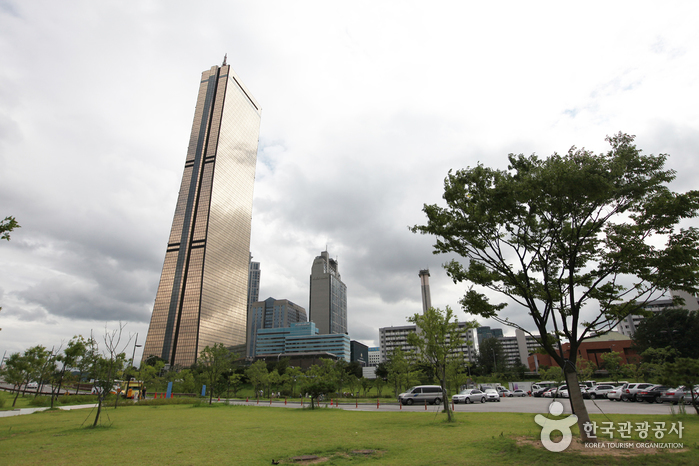 With 63 floors measuring a total x_height of 249 meters, 63 Building is one of Korea’s tallest and most recognized building. 63 Building boasts spectacular views of the Hangang River and the surrounding Bugaksan, Namsan and Gwanaksan Mountains. The building also offers an outstanding vantage point when viewing the sunset over the city. 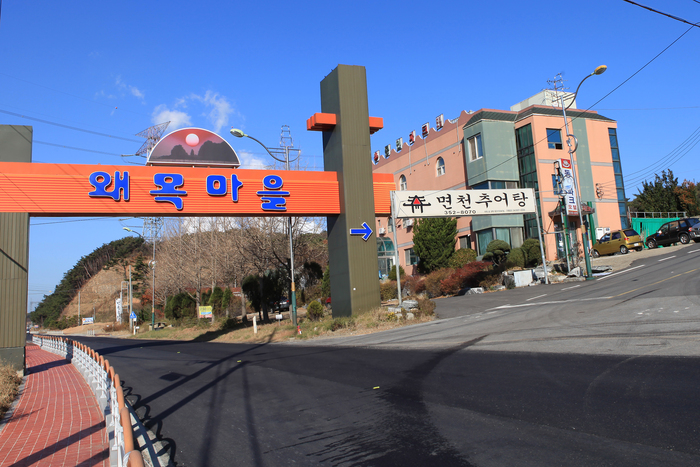 Because of its long and narrow geographical characteristics and the topographic division of the sea into the west and east regions, one can enjoy the beautiful sunrise, sunset and moonrise here.

A waterside deck is available along the coastline for easily strolling along the beach. Many photographers come here to take stunning scenery in November and February. 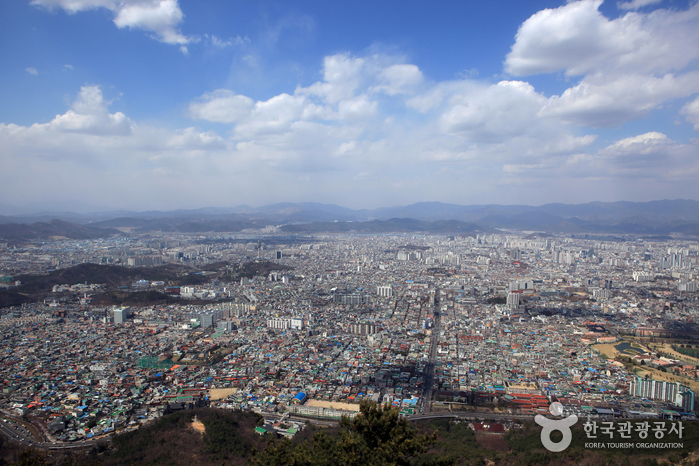 Situated in Nam-gu, Daegu, Apsan Observatory is a viewing point overlooking the downtown Daegu at a glance. The structure blends well with the history , the future, and the nature of the city. Many tourists as well as Daegu residents come to the observatory as it is also an educational place to teach the meaning of Daegu to the citizens. There are two ways to ascend to the observatory; one is by cable car from Keungol (15 minutes) and the other one is by walking (1 hour). 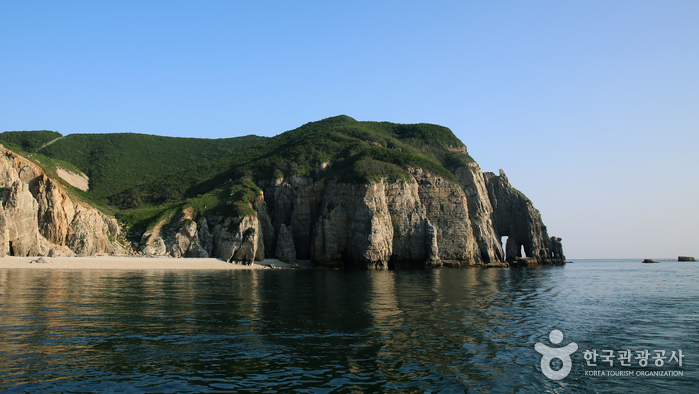 Baengnyeongdo Island is famous for an array of attractions including the mighty sea cliffs of Dumujin, the bean cobbled beach of Kongdol, the second Presbytarian Church established in Korea, and tasty sea foods. As it is located in the most northern point of South Korea, the island offers views of Jangsan Peninsula on North Korea.

Island History
Initially known as Gok-do during the Goguryeo Kingdom Era (37 BC-668 AD), Baengnyeongdo Island received its current name in 1018 AD under the later Three Kingdom Goryeo Dynasty as a result of a local legend. The legend has it that a young scholar on Hwanghae-do Province (now North Korea) fell in love with the daughter of a district magistrate. The magistrate, disapproving the relationship, exiled his daughter to a faraway island in an effort to dissolve the relationship. Saddened by the mysterious disappearance of his lover, the young scholar spent many nights wondering of her whereabouts. One night, whilst sleeping the young scholar dreamed of a white crane that revealed to him the location of his lover. He found her on the distant island now called Baengnyeongdo. On hearing this story, the local people of the area started calling the island Baekhakdo which means, “the white crane told him so." Then, in 1018 AD, the name changed again to Baengnyeongdo, with ‘baeg’ meaning white crane and ‘nyeong’ meaning wings.

During the Korean War, the island was a base for a famous guerilla fighting group against the communist North. Known as the White Tigers, the group made numerous incursions from the islands in the vicinity into North Korea. After the War, the remaining fighters were known to have taken refuge on neighboring Daecheongdo Island. 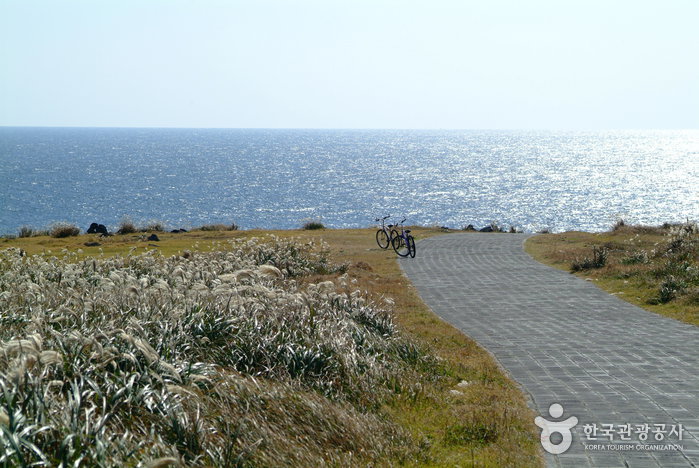 Marado is a small island situated at the southern end of Korea. It is about 11 km away to the south from Moseulpo Harbor in Daejeong-eup. Marado Island is 4.2 km long, but only 39 m at its widest, shaped like a sweet potato, and inhabitants fish and provide Minbak (homestay) for tourists for a living.

Because there is no water on Marado Island, people get their water from gathering rain water, and they use solar cells to generate what electricity they have. In 1883, three families first came to the island and began living here. At first they lived off the food growing there, but once the food became scarce, they burned the mountain thick with trees to create field for farming. It was said that all the snakes and frogs died in that fire, and thus no snakes and frogs are found in Marado Island even until now. The island is famous for sea fishing. There is a ferry to Marado Island once or twice a day from Moseulpo Harbor. 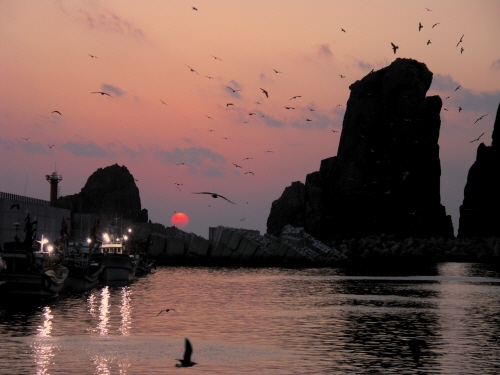 Gageodo Island is the southwest-most island in Korea, located rather close to China. The island has rough mountain ridges and consists of cliffs, making a magnificent scenery. Centered on Doksilsan Mountain (639m, the highest peak in Sinan-gun), the island is surrounded by cliffs making the area perfect as a mystery island. This place is also beloved by fishers as various fish like anchovy, croaker, hairtail, horse mackerel, sea bream, and others can be found in the surrounding waters, as well as a paradise of unusual migratory birds like the fork-tailed petrel, shearwater, and teal. 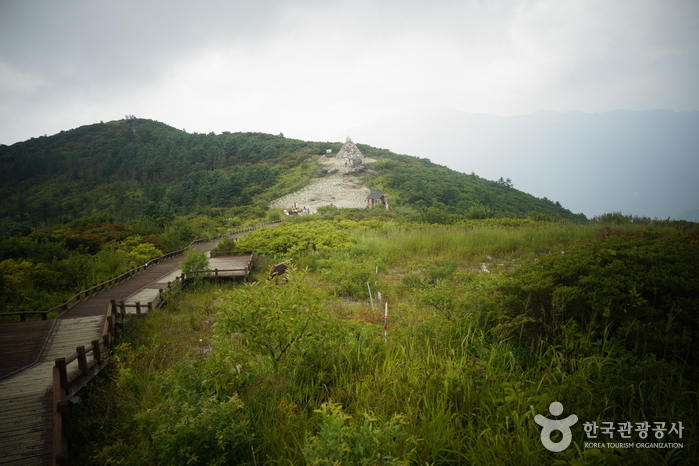 On December 29, 1967 Jirisan Mountain was designated Korea’s top national park. Jirisan is the largest mountain national park in the nation. You can get a full view of the Seomjingang River, which runs alongside the mountain and into the Namhae Sea. If you’re lucky you can also spot some various plants and animals, including the Asiatic black bear, making Jirisan Mountain an even more interesting and inviting place to visit.

As Jirisan Mountain changes with the different seasons, hikers can enjoy various aspects of the mountain’s terrain. However, there can be heavy rain and snow in the summer and winter, so some areas will be closed off in case of drastic changes in the weather and temperature. In the spring and fall, you can explore the mountain relatively freely. However, access may be limited to some areas for fear of forest fires in the dry season.

If you want to hike up Jirisan Mountain it is recommended that you visit the homepage of the Korea National Park Service or contact the Jirisan Mountain Management Office before planning your trip. 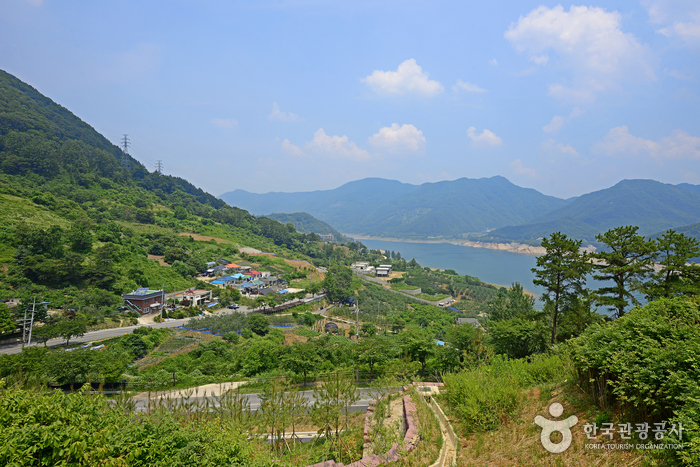 The recreational forest provide peaceful and relaxing getaway with lush pine tree forest along with diverse animals and plants. 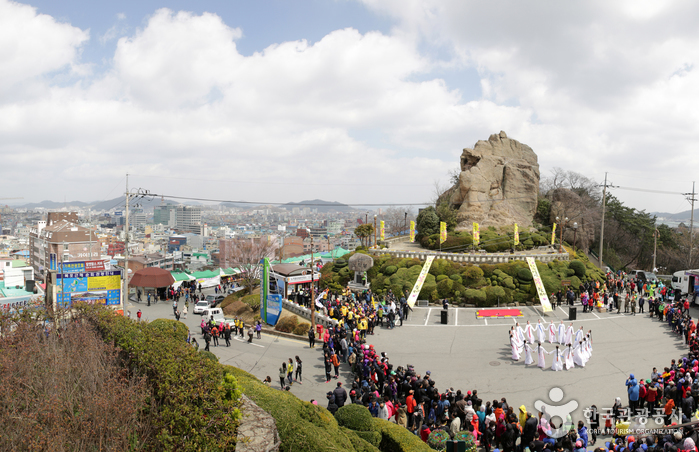 Yudalsan Mountain is located in Mokpo, Jeollanam-do. Despite its short x_height of only 228 meters, the mountain boasts a panoramic view of the entire city of Mokpo and the sea.

At the summit of the mountain, visitors can find Nojeokbong Peak where a statue of Admiral Yi Sun-sin stands; this is the landmark where admiral Yi is said to have fooled and scared away the Japanese troops by stacking straw thatches over the rocks making their small army seem like a much larger one. There is also a pavilion; the April 19th Memorial Tower; a monument with lyrics to the song "Mokpo’s Tears"; a Buddhist temple; a sculpture park exhibiting some 100 pieces of sculpture; an orchid park; and Dalseong Park with many things to see. These features make the mountain a must-see destination for those visiting the Mokpo region. 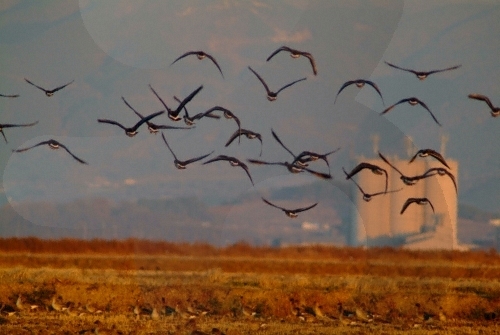 Cheonsuman Bay emerged as a habitat for migratory birds as a result of a reclamation project that was undertaken in 1984. A breakwater was built around this area, which created Ganwolho Lake and Bunamho Lake. Moreover, a vast agricultural land spanning 6,400 hectares was formed on what used to be a mud flat. The monthly average temperature of Cheonsuman Bay area between October and March is about 1.2 degree Celsius higher than inland areas with same latitude because of its oceanic climate. Such geographical conditions have made Cheonsuman Bay an ideal wintering site for migratory birds.

Cheonsuman Bay is located midway along the migration route of birds migrating from northern Siberia or Manchuria to Southeast Asia. As a result, Cheonsuman Bay has become home to nearly 200 different species of migratory birds that can be watched all year round. In the winter, the area becomes a wintering site for over 300 thousand ducks and wild geese, as well as a wide variety of endangered species like storks, spoonbills, mute swans, and white-naped cranes. Lucky birdwatchers might be able to witness the great spectacle created by tens of thousands of migratory birds flying in a flock over the Cheonsuman Bay area. The annual Cheonsuman International Bird Watching Fair is held between mid-October and late-November.

Each unique shop is connected to other shops in the village. An art studio offers a wide array of dishes used in cafes and restaurants in the village; the Living Gallery not only decorates Provence Village, but also makes decorative items such as hand-painted ceramics, available for purchase; and the European bakery boasts fresh, delicious breads. Each shop is an independent unit with a unique design concept. The Living Gallery offers shops selling ceramics, flowers, and herbs, while the Fashion Gallery consists of shops offering clothing, accessories, and interior design items. The Herb Garden in addition, hosts a wide array of cultural events and performances for visitors.

Yeongdodaegyo Bridge, connecting Jung-gu and Yeongdo-gu districts in Busan, was the first mainland-island connecting bridge in Busan. The bridge lifts to allow ships to pass between the south and north ports, rising anywhere from two to seven times in one day. When the bridge was first constructed, many people would gather to watch the strange spectacle of a bridge rising up to point to the heavens, and even now, it has become a famous landmark of Busan.