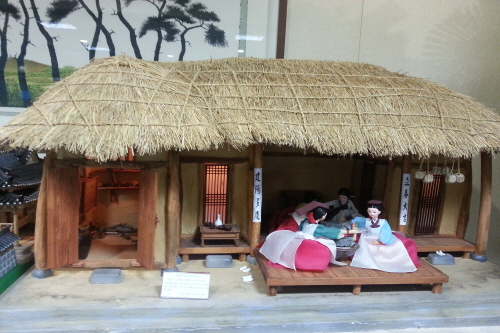 Korea Traditional House Association studies traditional houses which embrace the spirit of the ancestors and develop traditional cultural asset by creating miniatures of the houses. Through in-site survey and history of ancestors, the area is reproduced intact down to the structure, materials and architectural method used, creating a lively miniature village. 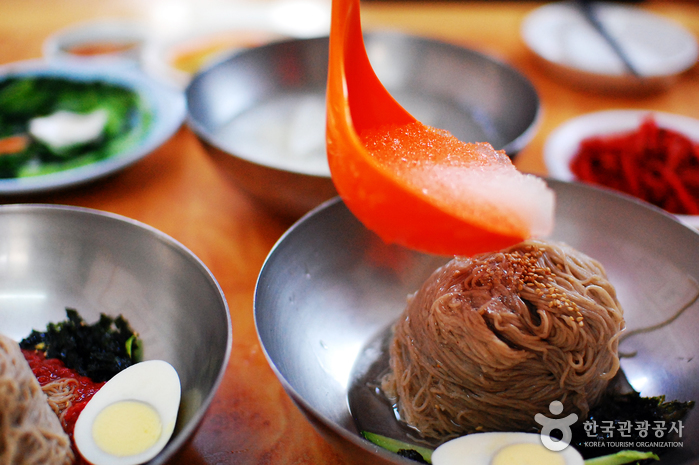 It is a delicious Makguksu restaurant featured in a TV gourmet program. This Korean dishes restaurant is located in Gangseo-gu, Seoul. The representative menu is buckwheat noodles with Radish Water Kimchi.

Lotte City Hotel Gimpo Airport is located conveniently to Incheon International Airport as well as Seoul downtown. Not only can visitors enjoy comfortable stay, they can also enjoy shopping, leisure and other entertainment with various entertainment facilities nearby including shopping center, movie theaters, and Lotte Mart. Ecology theme park with 6 different themes provide relaxing rest area. This premium business hotel has various types of rooms from standard to ondol style for everyone’s needs. 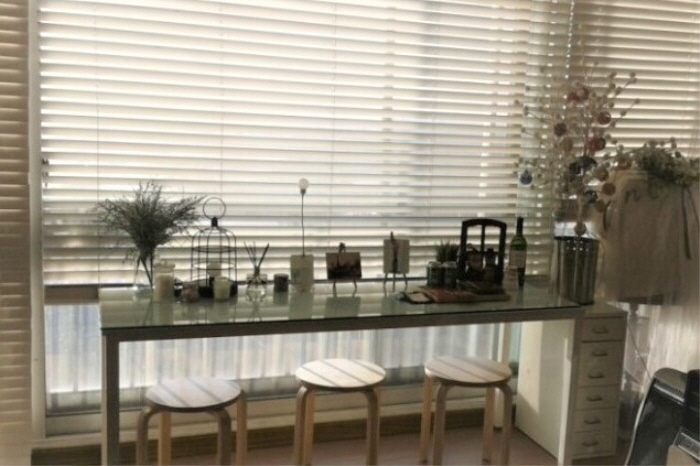 The House of Flowers and Lake is an apartment guest house that features Korean style home stay. The owner of the house likes traveling and tries to show his guests the friendliness and consideration of the hosts who greeted him during his trips. There are two rooms in the guest house. The Daffodil Room has a double bed, while Rose Moss Room has two single beds and some furnishings. Note that the Daffodil Room is meant to be an independent space with a separate bathroom and a mini bar on the terrace attached to the room. At night, the rooms can command a good view of Ilsan Lake Park and the town. The communal kitchen and the living room display souvenirs and gifts that the owner received while traveling around the world. Simple American style complimentary breakfast is available. Ilsan Lake Park is within walking distance and nearby tourist attractions such as KINTEX and Haengju Mountain Fortress can be reached in about 20 minutes by car. The place is adjacent to Madu Station of Subway Line No. 3 which leads to downtown Seoul. The place is also near Baekma Station of Gyeongui Jungang Line which runs to and from Munsan, Paju, Digital Media City, Hongik University, and Yangpyeong Station, among others. The House of Flowers and Lake is a good place for a pleasant travel, featuring the friendliness and travel stories of the host. It is definitely a place for travelers provided by another traveler. 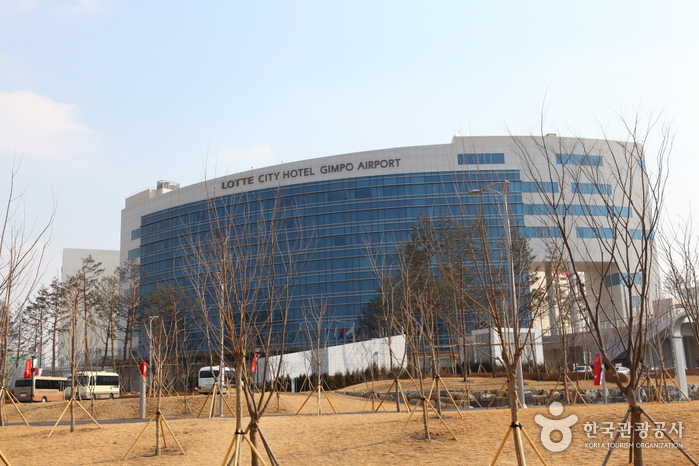 The Gimpo Airport branch of Lotte Mall is Korea’s first and largest lifestyle shopping complex with shops, accommodation, entertainment facilities, and a theme park all in one place. It has 5 basement floors and 9 above-ground stories built on a large 195,000 ㎡ field. The complex is surrounded Sky Park, a natural ecological park. On top of the complex is an observatory from which people can see airplanes landing or taking off at the Gimpo Airport. The mall is easily accessed by public transportation, being connected to Seoul Subway Lines 5 and 9, and the Airport Railroad (AREX). 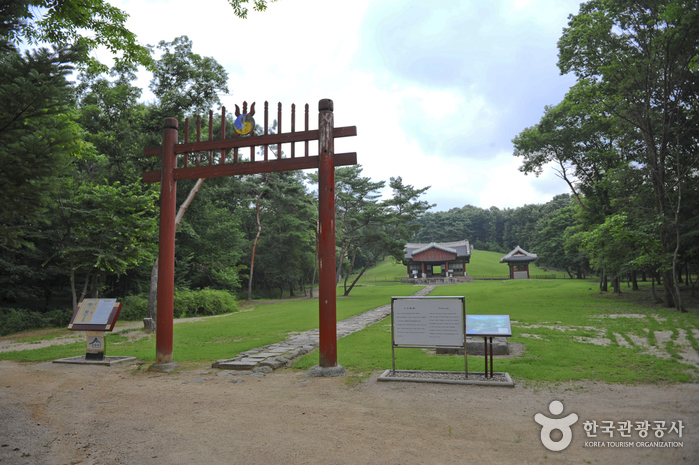 Paju Three Royal Tombs consists of the Gongneung, Sulleung, and Yeongneung tombs. Gongneung is the royal tomb of Queen Jangsun (1445-1461), consort of King Yejong, the 8th ruler of the Joseon dynasty. She died when she was still a crown princess, so her tomb is very simple. There is not even a “Mangjuseok,” which is the name for the pair of stones that stand on either side of the mound.

Sulleung is the tomb of Queen Gonghye (1456-1474), a consort of King Seongjong, the 9th ruler of the Joseon dynasty. Sulleung is similar to Gongneung in many ways, but it has more stonework. Queen Gonghye was the 4th daughter of Han Myeong-Hoe, a high-ranking government officer, and a sister of Queen Jangsun, who is buried in Gongneung. This was the only time in the history of the Joseon dynasty that two sisters both became queen.

Yeongneung is the tomb of the posthumously designated king, King Jinjong (1719-1728), the first son of King Yeongjo, and Queen Hyosun (1715-1751). King Jinjong became the crown prince at the age of 7, but he died when he was only 13 in Changgyeonggung Palace. Queen Hyosun became the crown princess when she was 13 years old. In 1751, she died at the age of 37 without an heir. 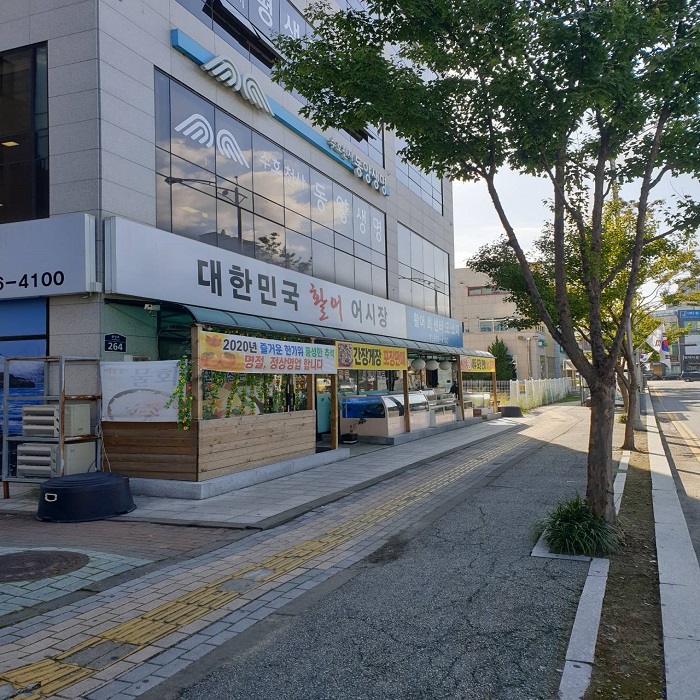 With a large aquarium, it allows you to eat fresh raw fish directly delivered from the local producers. This Korean dishes restaurant is located in Pyeongtaek-si, Gyeonggi-do. The most famous menu is flatfish. 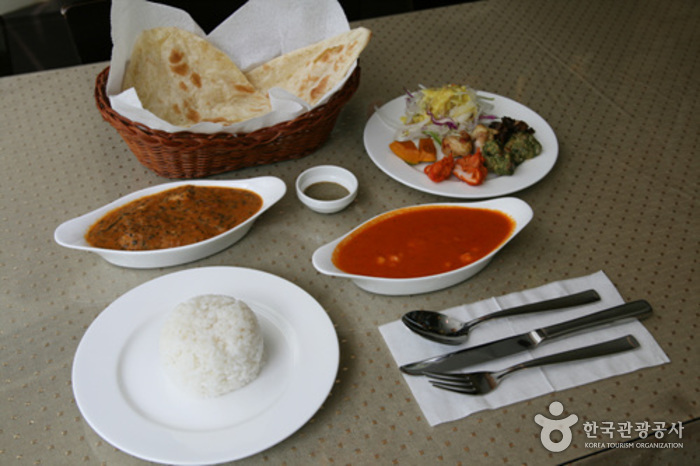 Royal India serves traditional Indian curry, various barbeque dishes cooked in tandoor, and naan bread in an exotic setting. The restaurant features Indian-style interior design, but most of the items on the menu are fusion Indian cuisine that is well-suited to Korean people’s taste buds. 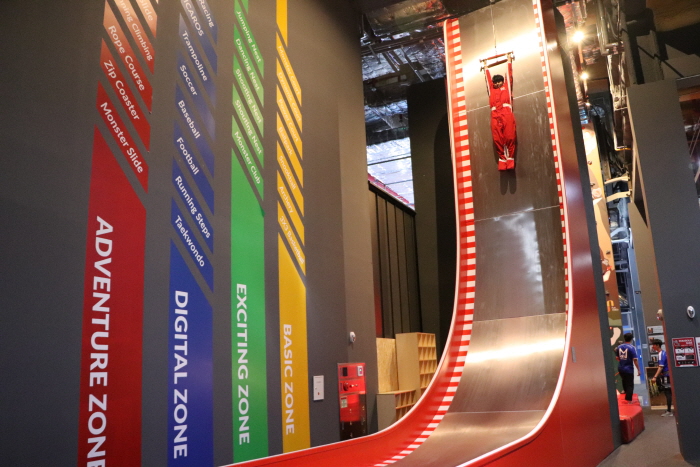 Sports Monster Goyang integrates sports and games, offering up to 35 different sports facilities in culture complex with an area of 2,589㎡ and a x_height of 11 meters. Available activities are divided into four zones: Basic, Exciting, Adventure, and Digital. 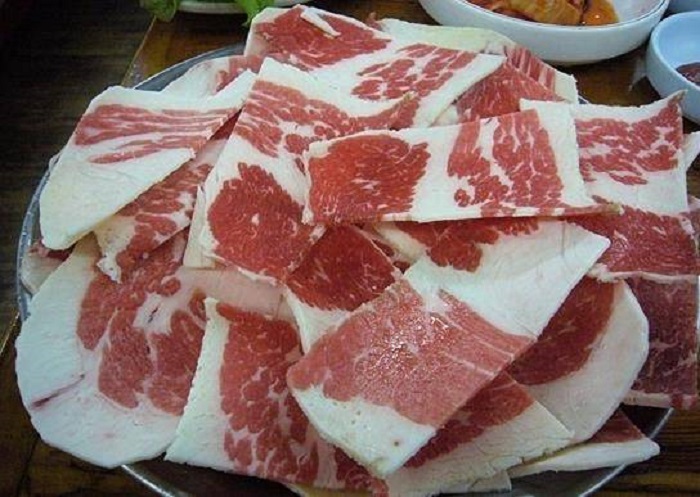 The soybean paste stew served with it is excellent. This restaurant's signature menu is grilled beef brisket. This Korean dishes restaurant is located in Gangseo-gu, Seoul.