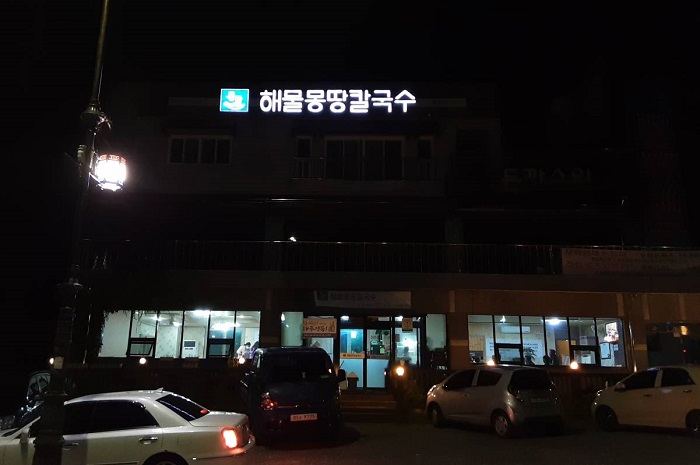 It is a place where you can eat Kalguksu (chopped noodle soup) made with abundant seafood. This Korean dishes restaurant is located in Andong-si, Gyeongsangbuk-do. The most famous menu is noodle soup with clams. 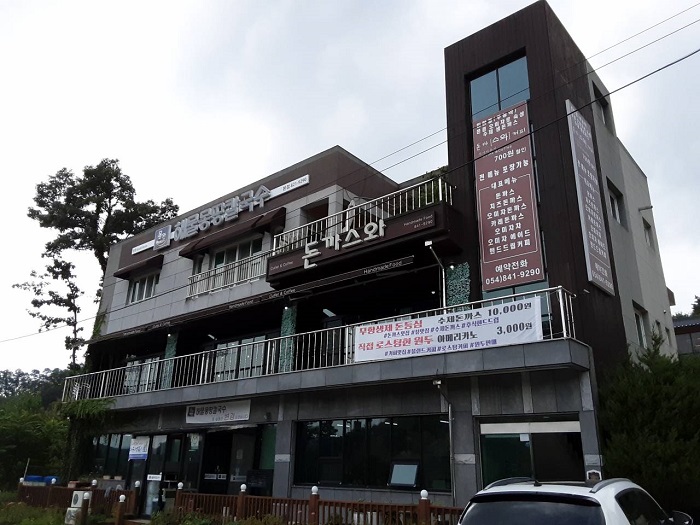 This house offers homemade pork cutlet made from odor-free raw materials/refrigerated pork loin and formed into patties. This Korean dishes restaurant is located in Andong-si, Gyeongsangbuk-do. The most famous menu is pork cutlet.

It is a place where you can eat various fish dishes. This Korean dishes restaurant is located in Andong-si, Gyeongsangbuk-do. The most famous menu is spicy fish stew. 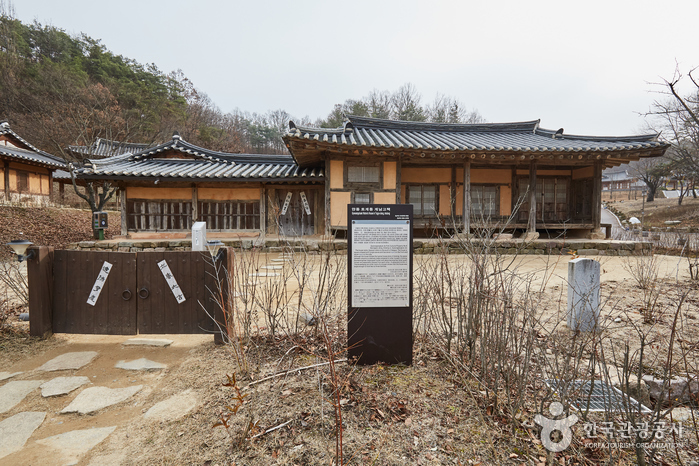 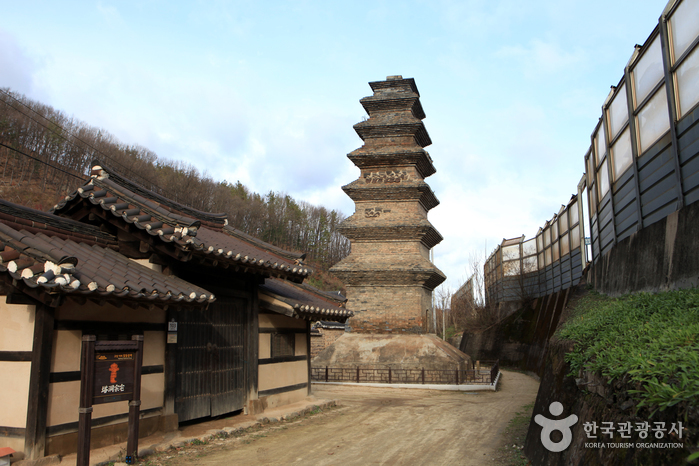 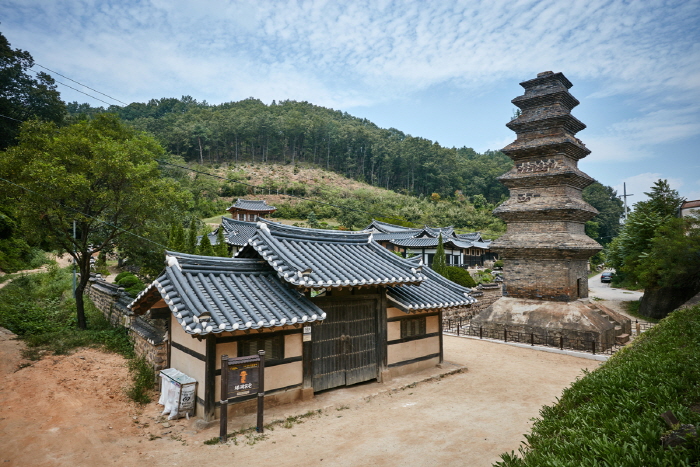 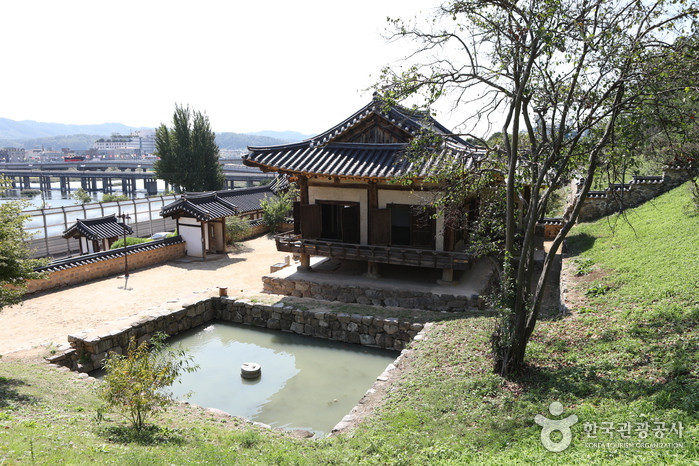 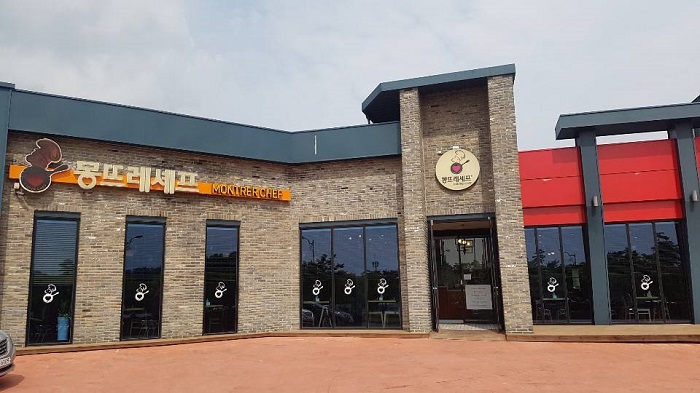 It is a great place with an outdoor terrace for family gatherings. This family restaurant is located in Andong-si, Gyeongsangbuk-do. The most famous menu is pork shoulder steak. 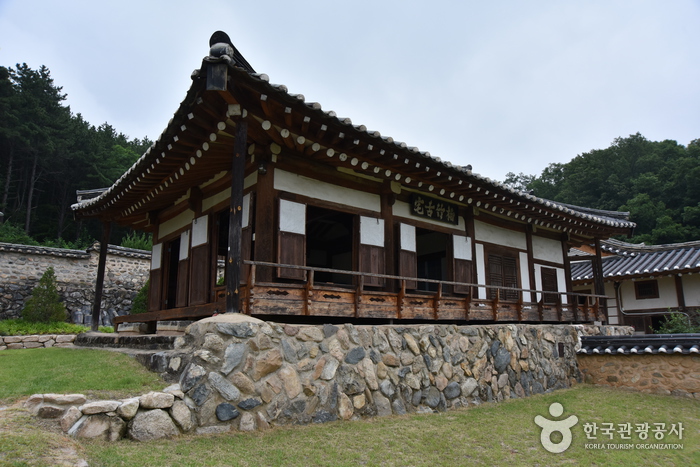 The Lim Yeon-Jae Head House of Heunghae Bae's Clan was built by Bae Cheon-Seok (1511~1573), Vice Minister of War, in 1558 in Domok-ri, Wolgok-myeon, Andong but was moved to its current location in Songcheon-dong, Andong in 1973 due to the construction of Andong Dam. The house has inherited the tradition of Baekjukdang Bae Sang-Ji (1351~1413) who refused to serve two kings out of loyalty to the Goryeo Dynasty. Bae Sang-Ji is the first ancestor of Heunghae Bae's Clan who settled in Andong. The Lim Yeon-Jae Head House was designated for the permanent worship of the spirit of Governor Bae Sam-Ik (1534~1588, pen name: Lim Yeon-Jae, nickname: Yeowoo) who was the son of Bae Cheon-Seok and a student of Toegye Yi Hwang and who served as the Governor of Hwanghae-do after passing the civil service examination. The house was nicknamed Geumyeokdang after the pen name of Bae Yong-Gil (1556~1609, nickname: Myeongseo), who was a son of Lim Yeon-Jae and who served as secretary of Chungcheong-do Province after passing the civil service examination and fought as a member of the army for the cause of justice during Japan’s invasion of Korea in 1592. With the antique charm of a traditional Korean house, the Lim Yeon-Jae Head House boasts of beautiful walls, stairs, eaves, etc. The windows and doors of the house decorated in the construction style of the early Joseon Dynasty are especially beautiful. In the head house is the time-honored space used as a study since the establishment of the house, which has been opened recently as a little library to accommodate the neighbors who love reading by inheriting the tradition of the house with a collection of many books and opening a bookstore. The little library of Baekjuk Historic House is furnished with more than 5,000 books in different genres including novel, humanities, history, cartoons, and books for infants. You can enjoy time travel to the past through the experience of the old house and by reading books in the library. An air-conditioning/heating system has been installed in every room, with communal bathrooms equipped with the latest facilities positioned here and there in the house for the convenience of visitors. 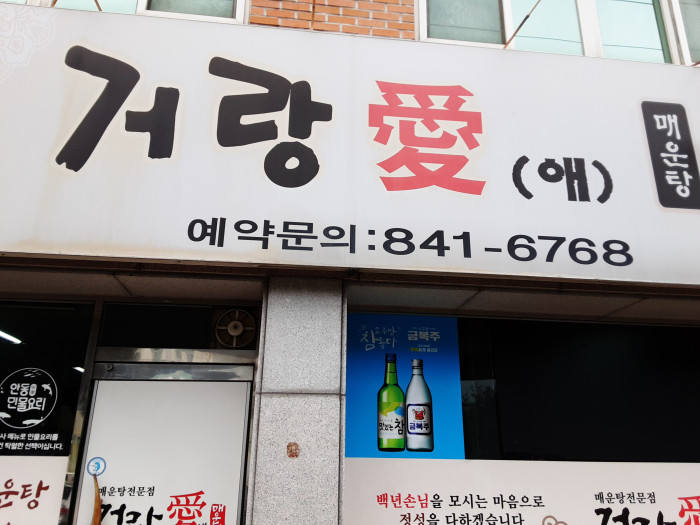 This is where you can enjoy spicy stew with vegetables and seasoning. This Korean dishes restaurant is located in Andong-si, Gyeongsangbuk-do. The representative menu is spicy freshwater fish stew.