The House of Sogang is an approximately 110-year-old house located in the village of Baraemi in Bonghwa-gun, Gyeongsangbuk-do. It was originally built for and presented to Kim Chang-gi (pen-name: Sogang), a well-known local Confucian scholar who served as the head of the Dosanseowon Confucian Academy, and who happened to be the second son of Kim Roe-sik (pen-name: Namho), the great-grandfather of the current owner. Furthermore, the House of Namho, which is situated behind the House of Sogang, was built for the first son of Kim Roe-sik, one of the richest men in the region, who borrowed money using his entire property as security and donated it to a war chest. He won an official commendation for his role in helping secure national independence in 1977. The entire village pf Baraemi is composed of traditional square-shaped houses with tiled roofs set amid a clean and peaceful atmosphere, for which it was designated as a Traditional Cultural Village way back in 1922. The name of the village, Baraemi, implies that it was originally situated by the sea, and many shell remains have been found in paddy fields and puddles there over the last 60 years. The House of Namho is a typical square-shaped house with a tiled roof, and comprises a tall gate, a front courtyard, a sarangchae (men’s quarters) with maru (wooden floor), an inner courtyard, and a bonchae (main building) among its various structures. The main construction material of the house is Chunyang pine wood, which is a rarely used these days. Thanks to the owner-family’s dedicated maintenance and care, the house has been preserved in good condition. As the typical residence of a nobleman of the late Joseon period, the house is decorated with simple interior objects including an old electric fan and a cabinet inlaid with mother-of-pearl. The house has seven guestrooms in total: The sarangchae consists of the Keunsarang and Jakeunsarang, each with a capacity of 4 to 5 people, and the Araetbang with a capacity of 2 to 3 people. In summer, guests can rent the Jakeunsarang and Sarangdaecheong together, or the Araetbang and Marutbang together, in order to have more space. In addition, the anchae has a sangbang with a capacity of 3 to 4 people, while the mugangchae consists of Mungangbang 1, which is a red clay floor-heated room, and Mungangbang 2, which can accommodate 2 to 5 people. In summer it is possible to rent the entire House of Sogang, which can accommodate anywhere from 22 to 34 people (if the Sarangmaru and Marutbang are also rented). Guests of the Keunsarang and Jakeunsarang can use a communal refrigerator, and the entire building has Wi-Fi access. Clean bedding is also provided. Although the house doesn’t provide a breakfast, the owner offers guests sweetcorn, sweet potatoes, fruit, etc. The house is also equipped with a BBQ facility, so guests can enjoy a BBQ party in the evening. Guests can easily reach various nearby cultural heritage sites, including Muryangsujeon Hall of Buseoksa Temple, Sosuseowon Confucian Academy, which was the first Confucian Academy of Korea, Ojeon Mineral Spring, Daksil Village, and Chukseosa Temple.

Equipements (Autre) : Seminar Roon, Barbecue, Shared Shower Room
Daecheong maru: it can be used as a seminar room (around 20 people) 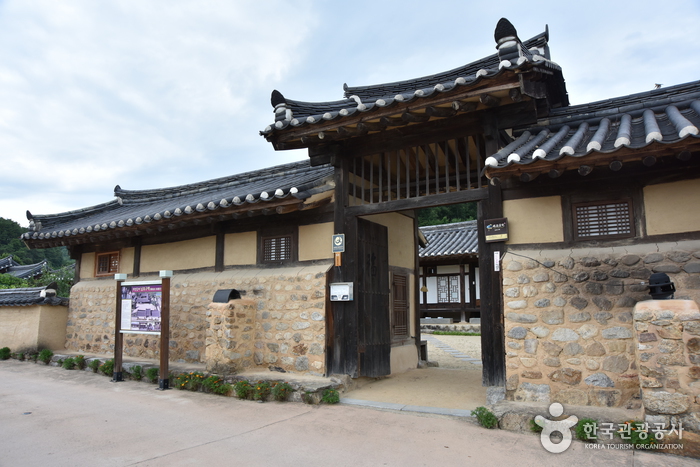 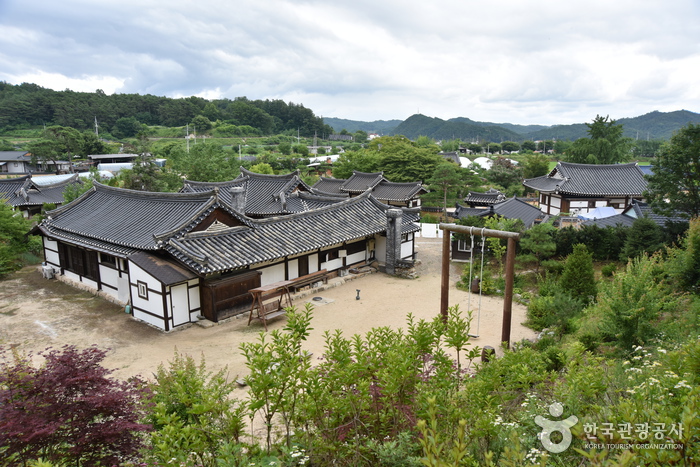 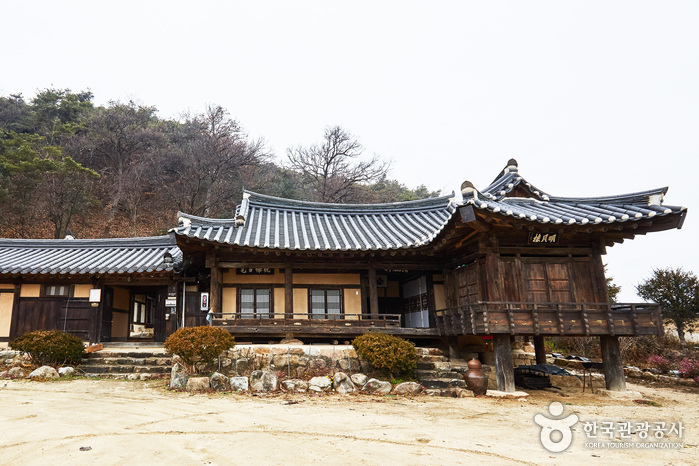 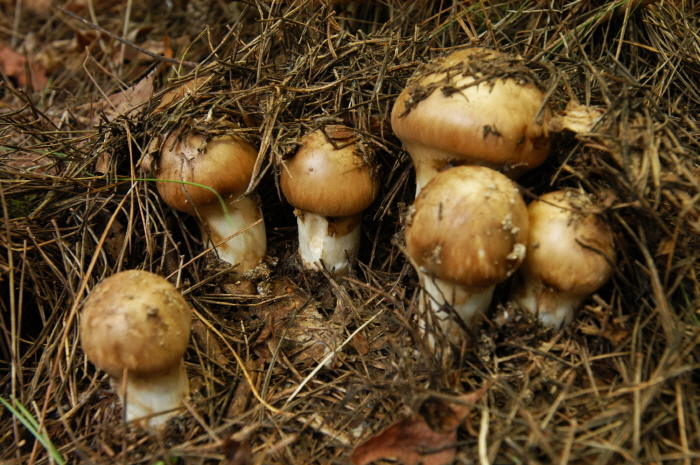 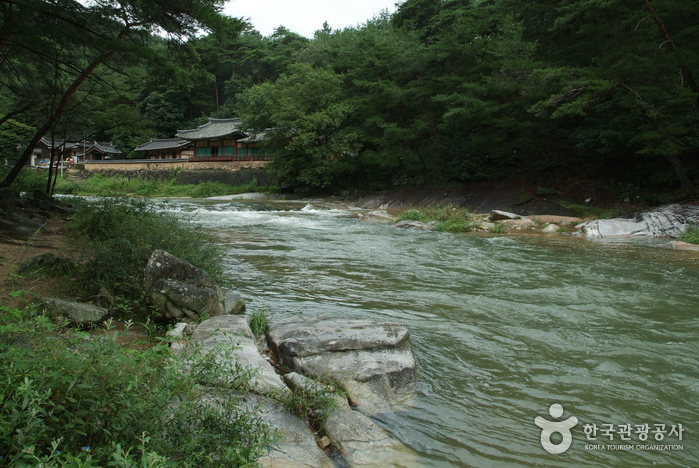 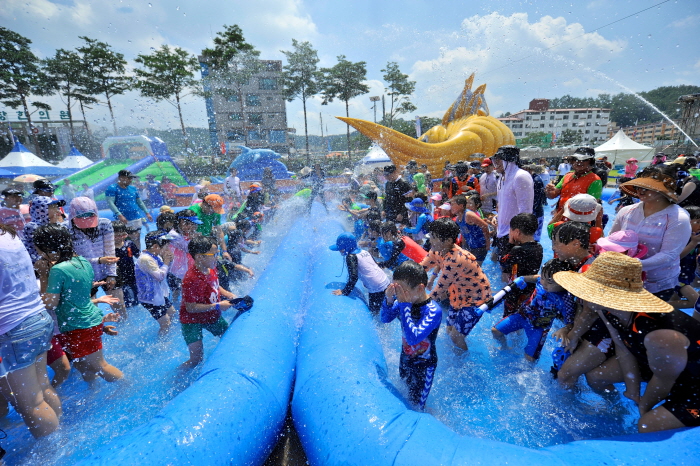 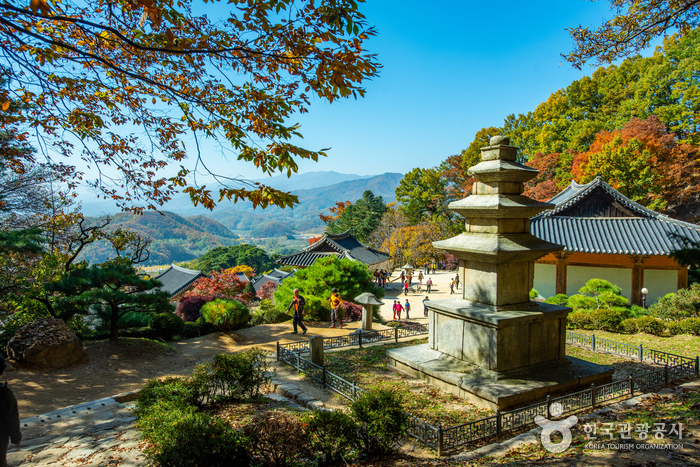 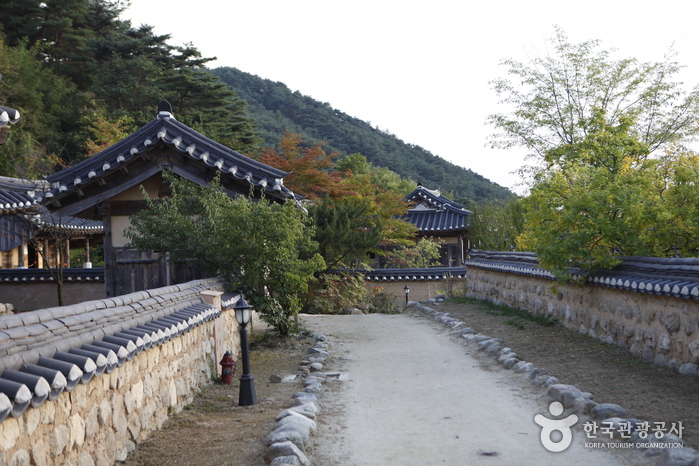 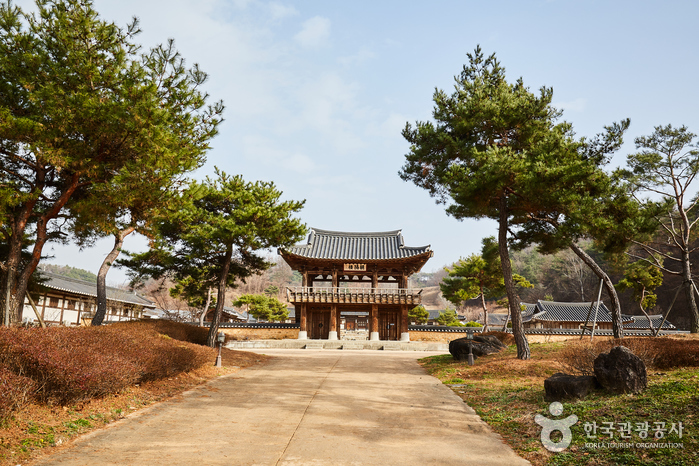 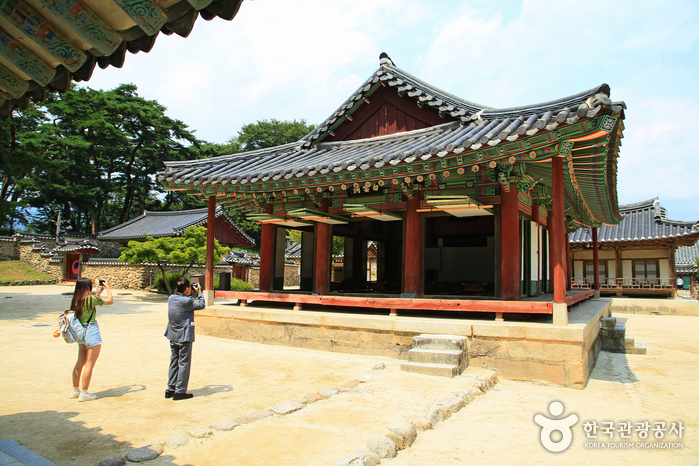