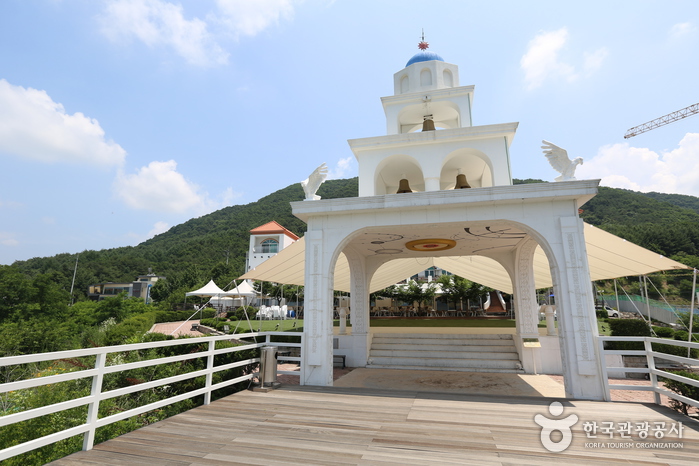 Santorini is a 2-story, traditional Italian restaurant with a luxurious interior. During the warmer seasons, tables are placed on a green grassy field allowing customers to dine outside while enjoying the fine weather and scenery. Not only well known for its traditionally-prepared Italian cuisine made with fresh ingredients, the restaurant is also famous for its huge selection of wine. A café and bakery are located on the first floor, perfect for those who just want to relax with a beverage or enjoy a light meal. 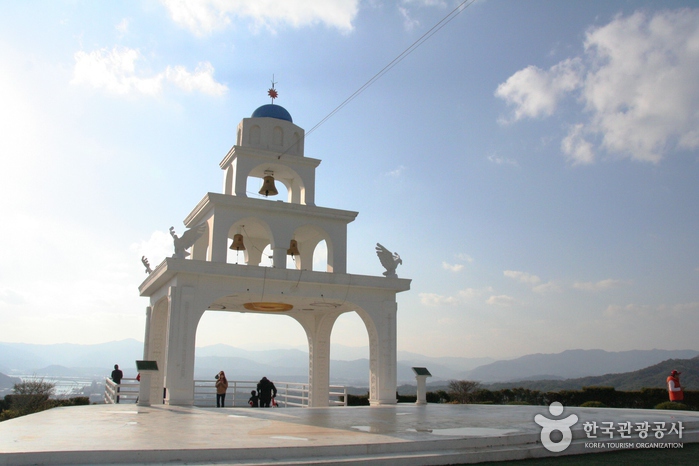 Gubongsan Mountain Observatory is one of the most scenic driving courses in Chuncheon, stunning with its breathtaking views both day and night. With fresh brewed coffee in hand, go for a stroll to its outside terrace or garden where you can gaze out on the beauty of Chuncheon. The observatory offers the best spot to see the night view of Chuncheon. Cafes and restaurants decorated with different themes provide good coffee and a great food. You can enjoy sitting on the wooden deck and watching the world around you at its finest. 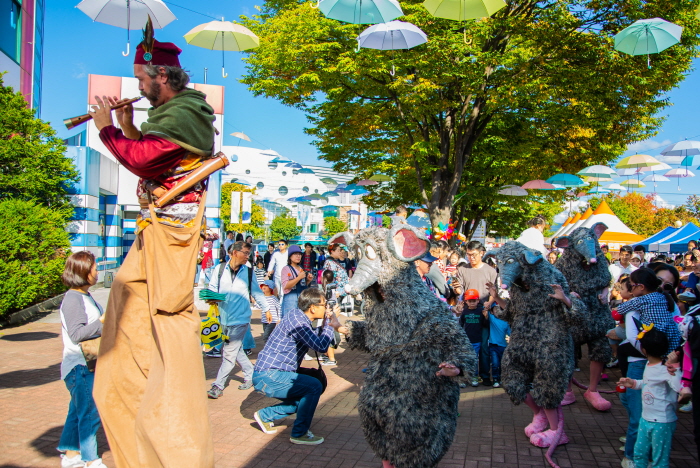 Chuncheon Puppet Festival first began in 1989 as a local event and has now developed into the largest puppet festival in Korea that attracts performers and visitors from all over the world. Apart from stage performances, diverse art experience programs are prepared to entertain both children and adults alike. 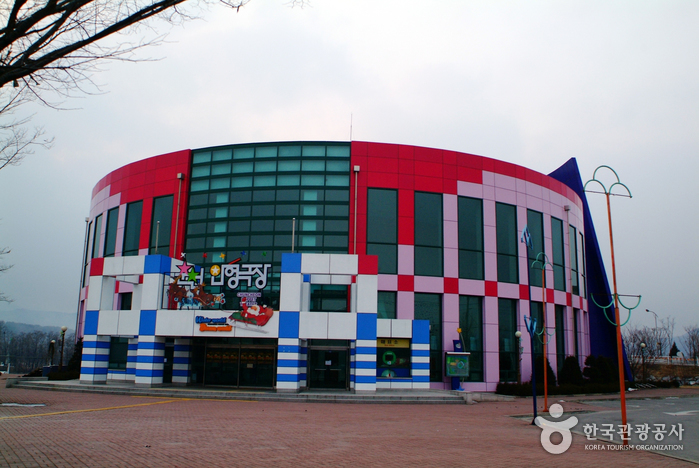 Chuncheon Puppet Theater is the only theater in Korea that features puppet shows for children, with over 500 performances each year. Founded in 1989, the theater offers upscale puppet performances from various countries and special events through its annual Chuncheon International Puppet Festival in August. In addition to the theater, there is also a Puppet Museum with exhibitions of various puppets from around the world. 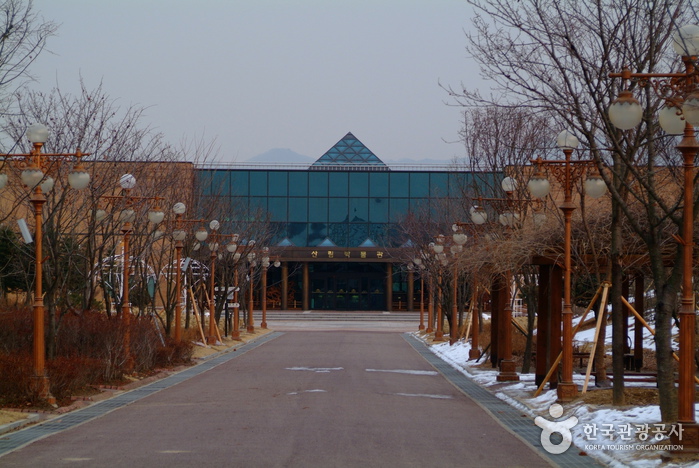 Gangwon-do Forestry Museum, located within the Gangwon-do Provincial Flower Garden, is the nation's first space dedicated to forests. It serves as a cultural space for people to draw nearer to nature, as well as creates new forest culture spaces. Divided into four exhibition rooms, visitors can see research tools and methods used by foresters. In January 2004, a brand new 4D experience video room was opened, giving a message on the importance of the forest and environment on our lives.

Gangwon Provincial Arboretum is located approx. 5 kilometers from downtown Chuncheon, surrounded by a variety of leisure attractions and retreats. The arboretum was formed with the intention to create and display Gangwon region's local flowers as well as to preserve nature, distribute and experiment. Since the public opening on May 20, 1999, the garden has been used as nature observation for kids as well as a place to relax. 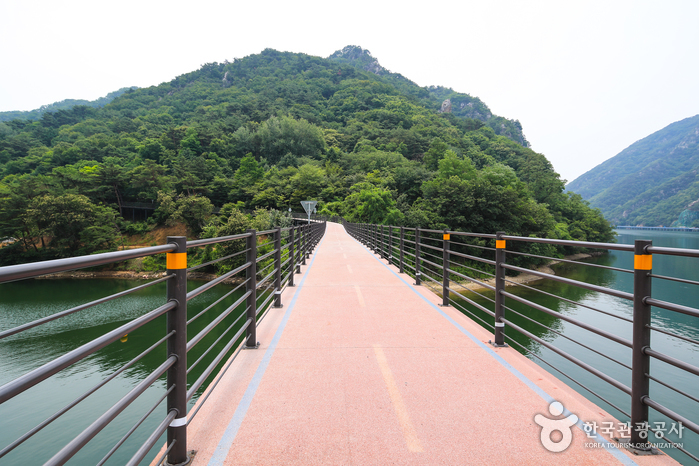 Uiamho Lake Skywalk is the largest skywalk in Korea, stretching a length of 190 meters over the waters of Uiamho Lake. Located in the midpoint of a bicycle road, the skywalk serves as a great observation deck as well as a photo spot. The round deck is built with a transparent glass floor made up of three separate panes of glass, each 1 centimeter thick. 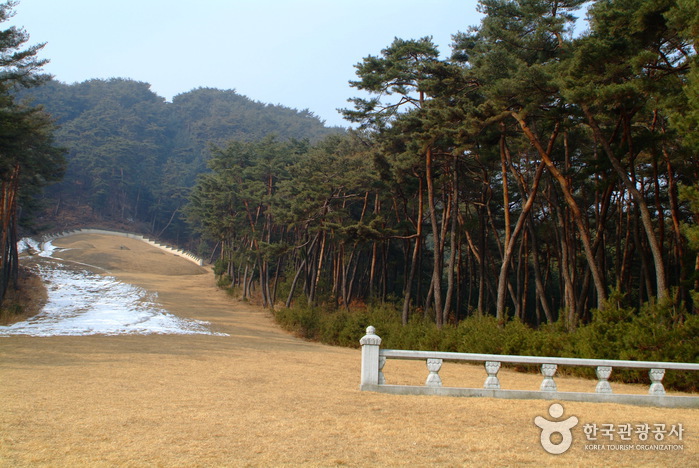 In 927, as Wang Geon was on the verge of death in this battle as his troops were closely besieged by the enemy, General Sin wore the king's armor and kept fighting for his country with until he died. The enemy thought he was the king so they beheaded him. Hence, Wang Geon was able to escape safely from the battle. The king grieved over the death of General Sin and used a head made of gold for the funeral. To mislead grave robbers, three graves were built even though there is only one dead body.

Chosen as one of top four favorable sites for a grave in Korea, the graveyard is located inside of a dense pine grove. Also at the site are the Yeongjeonggak, Sindobigak, a memorial hall, and a house bulit for memorial services. 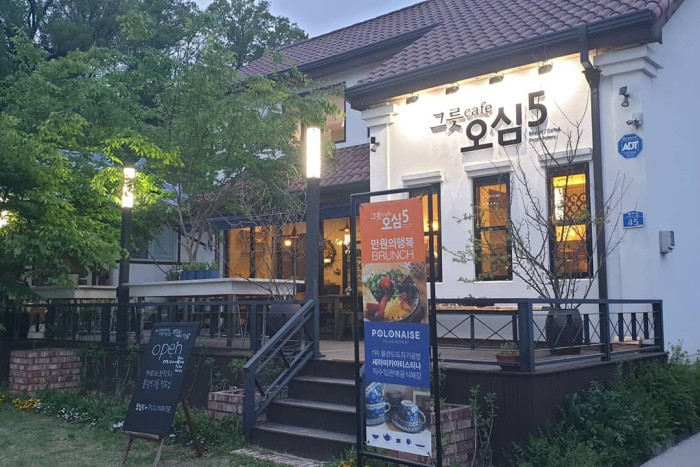 A restaurant with outdoor terrace. The representative menu is gangwon salad bibimbap (brunch menu). This is a cafe located in Chuncheon-si, Gangwon-do. 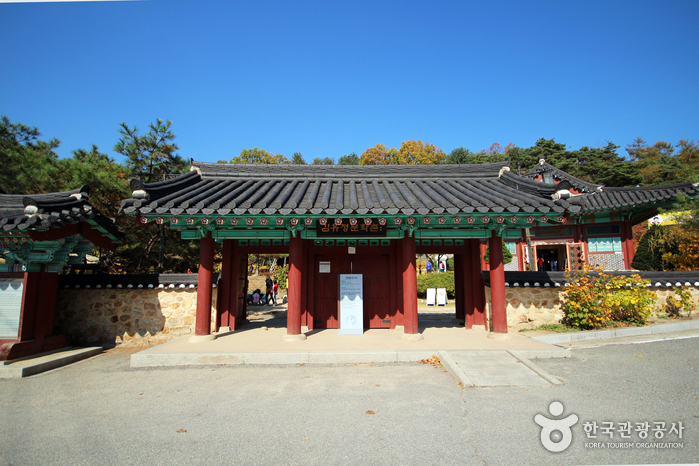 Known as one of Korea’s leading short story novelists, Kim You-jeong (1908-1937) was born in Sille Village in Chuncheon. Kim You-jeong spent a great deal of his life in Seoul and returned to his hometown in 1931 at the age of 23. Most of his works, including his first novel published in 1933, are heavily inspired by people he knew and events that took place in his hometown. Kim You-jeong House of Literature was founded in honor of the novelist. In addition, the village also highlights the author's works with signs and a guide map that indicate places that appear in his works.

The Chuncheon Mulle-gil is a great place to enjoy water sports like canoeing and yachting on a beautiful lake and river. This eco-tourism destination offers visitors a chance to surround themselves in an enchanting natural atmosphere and an opportunity to journey into nature through a refreshing outdoor activity.

Sigol Makguksu specializes in Chuncheon’s signature dish makguksu (spicy buckwheat noodles). Preserving a proud culinary tradition of over 30 years, Sigol Makguksu serves some of the area’s finest noodles as well as pyeonyuk (slices of boiled meat) and traditional tofu dishes. The restaurant is located in Sinbuk-eup past the Yeougogae Pass to the north of downtown Chuncheon.